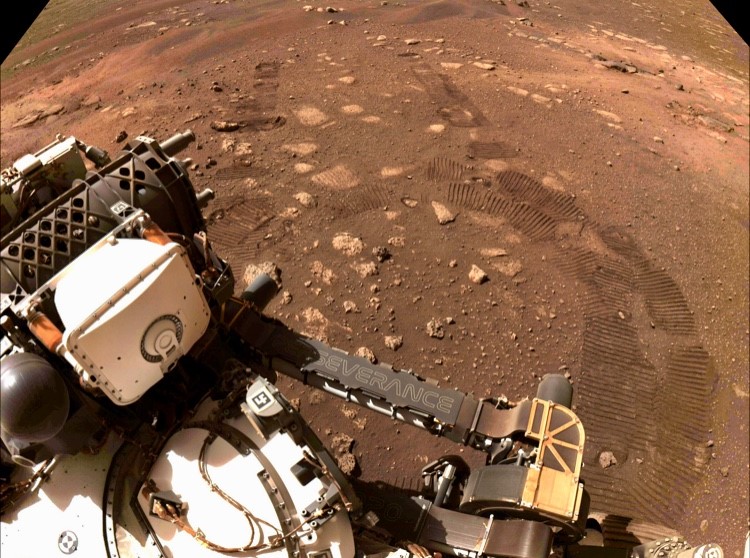 In 2020, as the COVID-19 pandemic continued its rapid spread across the world, science did not rest: not for finding vaccines and treatments, and not for exploring the Universe. Specifically, NASA (National Aeronautics and Space Admiration) continued with its long-anticipated return to Mars with the Mars 2020 Perseverance Rover Mission.

Why did NASA launch another rover to Mars? Scientists wanted to know if there were signs of ancient life on the Red Planet. Its previous rovers had performed their tasks with the technology of their time. It became paramount to put a more sophisticated rover on Mars, one with the potential to collect samples from the planet and return them to Earth. This has never been done before.

The Perseverance rover is tasked to look for microscopic life evidence from the distant past, since the geology of the world indicates it was much warmer and wetter many millions of years ago. The perfect location target for landing the rover is that of Jezero Crater on Mars. Future missions will put the samples Perseverance collects into an orbiter to take back to Earth. There, scientists will study the samples with equipment that cannot, at this time, be used robotically on Mars.

Scientists chose Jezero Crater on Mars as the perfect landing location for Perseverance. Why is that? This crater is positioned along the western side of Isidis Planitia, which is a crater caused by an impact on Mars in ancient times.

So, what’s so special about this one of many impact craters on the planet? Jezero Crater was once a river delta. That fact implies that the significant water present eons ago could have provided a habitable zone at least for microbial life.

Borne aloft in a perfect launch by United Launch Alliance (ULA) Atlas V rocket, on July 30, 2020 from Florida’s Cape Canaveral, the Mars 2020 Perseverance mission began its journey toward our neighbor planet, Mars. The upper stage of the Atlas V’s Centaur put the craft into orbit around Earth. Then the spacecraft separated from Centaur and set course for Mars.

What Is Perseverance Carrying?

Perseverance is a sophisticated, 2.633-pound rover carrying seven instruments to analyze Mars geology and potential astrobiology. Also included is the Ingenuity Mars Helicopter, which will attempt a test flight after a period of a couple of months. This helicopter will give data to scientists on how to explore Mars from the air.

Perseverance also bears several cameras, the caching system to collect and store samples, and a special generator to keep it warm and provide it electricity during its travels in Jezero Crater.

Perseverance houses a number of instruments required for the delicate analysis of Mars geology and chemistry. It is absolutely essential to have these sophisticated devices to ascertain the makeup of the rocks, what minerals and compounds they contained, and whether any bear organic molecules. That would lend to potential evidence for past Martian life, as organic molecules contain carbon, which is a fundamental element for life on Earth.

One fascinating thing on board the new rover is MOXIE, or the Mars Oxygen In-Situ Resource Utilization Experiment. The goal of MOXIE is to try to make oxygen from the quite thin Martian air, which is mainly comprised of carbon dioxide. This in turn could help future human Mars missions in the goal to make oxygen for habitable research stations and other goals.

Perseverance also comes equipped with RIMFAX, the Radar Imager for Mars’ Subsurface Experiment. This is the first ground-penetrating radar that has ever been used on the Martian surface. Scientists can use RIMFAX to study anything of interest below ground, including the possibility of water ice.

The world watched in tense anticipation as Perseverance began its descent to the surface of Mars on February 18, 2021. Touchdown was confirmed by mission control at the Jet Propulsion Laboratory in Pasadena, California, at 12:55 PM Pacific time.

Wild exuberance made its way around the globe. This was a triumph of technology and determination, and amidst the backdrop of the pandemic, it shone a ray of hope among dark times.

The landing process itself provided invaluable data about the Martian atmosphere. This can be used to aid future missions, including those with humans, to navigate their safe path to the surface of Mars.

On March 5, 2021, Perseverance took its first test drive, rolling into a busy future for the rover.

In addition to finding evidence of ancient life on Mars, researchers want to find out how to make it possible for humans to travel there and eventually research there in person. Human missions to Mars require extraordinary planning; we have never set foot on worlds beyond our Earth and Moon.

Additionally, it takes seven months at our rockets’ current top speed to reach Mars. This will require significant consideration to the health and safety of the crew that travel there. Every facet of every mission to Mars will help bring us closer to potentially inhabiting the Red Planet, and make possible missions farther into our Solar System and beyond.

Humanity’s very nature is that of exploration and discovery. By exploring the other planets, we learn more about Earth’s own development. We also learn more about our place in the Universe. As we have sought distant horizons, we have endured many challenges. But if there is one certainty: if we keep striving, we can persevere.