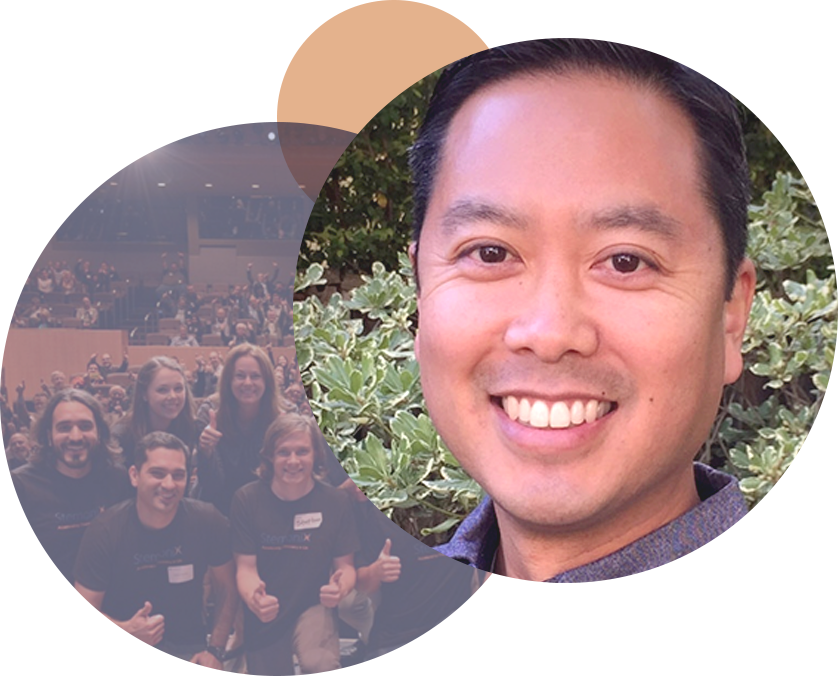 Yeh is cancer-free, but he still deals with side effects like neuropathy from his first dose of chemotherapy, which was a high-potency regimen that did lots of damage but had almost no positive effect because his body, it turned out, was resistant to the drugs.

“Luckily, I survived and the treatment, but the question remained: Why was this a trial-and-error situation? Why did I have to go and take this drug that could have killed me?”

With his background in nanotechnology, Yeh said he knew that potentially damaging medical experiments — what he calls “guinea pig medicine” — didn’t have to take place inside the patient.

He went on to co-found a company called StemoniX, which has capitalized on know-how in nanotech, chemistry, physics, statistics and advanced manufacturing to invent a proprietary way to create and test chemical reactions between drugs and human cells outside of the body.

“That is the future we and are trying to create. And we are laying the foundation by first addressing the market for designing drugs,” Yeh said, noting that is already working with pharmaceutical companies that want to use its technology for research on potential drug compounds.